About Cowell and District Cowell is situated on Franklin Harbour approximately halfway between Port Augusta and Port Lincoln. It is an ideal place for visitors to break a long journey or to take a holiday and enjoy the pleasant climate and relaxed life style.
One of the safest and best fishing areas in South Australia, Franklin Harbour is a land-locked bay with a narrow entrance through which boats have access to the harbour's calm waters. The sheltered waters of the harbour offer the fishermen spotted and silver whiting, snapper, squid, mullet, flathead, garfish, snook tommy ruff and blue crabs.
Foreshore developments have included deepening of the boating channel and construction of a boardwalk from which you can observe at close quarters the many types of marine and bird life which inhabit this area.  Provision of a sheltered BBQ area, including an adventure playground, make it an ideal picnic area. An enclosed tidal aquatic area adjacent to the jetty and boat launching ramp provides unrestricted access to sea water swimming. Shaded, coin operated BBQs are situated at the foreshore adjacent to the lawn area and playground. Public Toilets with access for disabled are provided.

The Lucky Bay area has undergone some major development in the 2007, with the construction of a ferry service linking the Yorke and Eyre Peninsulas. For more details regarding the ferry service head to their website http://www.seasa.com.au/ 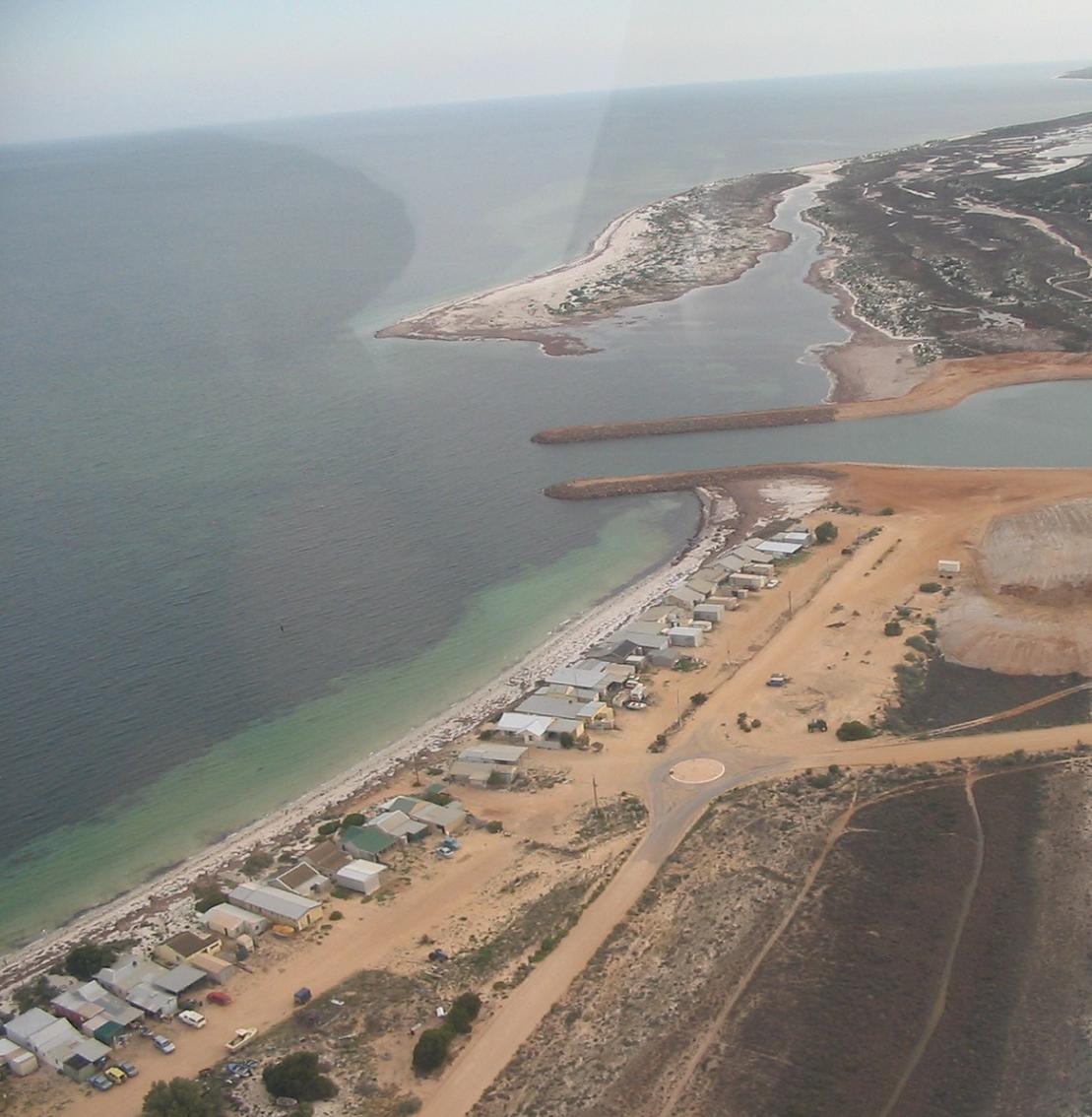 Port Gibbon was an old shipping port. Only part of the original jetty remains. . Public toilets and BBQ area, shacks along the cliff top, wide clean beach with backdrop of cliffs.

HISTORY
Wheat from the Elbow Hill and Carpa districts was stacked on the cliff top at Port Gibbon before the township was surveyed in 1915. There were two agencies buying wheat, and each company operated a shute to slide the bags (in early days, four bushel bags only were used) down to a large dinghy which was then rowed to a ketch anchored in deeper water. This slow and arduous method of loading wheat was used throughout many coastal regions of the state.
As the settled districts developed, land gained in fertility, production increased and so the shipping facilities needed to be upgraded. The farming community had foreseen the need for a shipping port for a long time and succeeded in having the township of Port Gibbon established after considerable negotiations. With the building of port facilities - goods shed, super and wheat sheds and a jetty - the stage was set for the advancement of the area.
Tram lines were laid from the wheat sheds to the end of the jetty, thus making the loading of ketches much easier. The loaded trucks were started from the shed down the steep incline to the jetty with the brakes being applied most of the way. Sometimes, the truck hit the buffer at the end of the jetty with such force that some of its load ended in the sea.
The township of Port Gibbon needed a direct road link with Cowell. The planned road followed the coastline, crossing the tramline near the jetty, and a bridge across Narridy Creek was proposed. However, when the plan was put to council, councillors objected strongly, claiming the crossing of the tramline was too dangerous and a bridge to span Narridy Creek was an unwarranted expense as the traffic flow would be limited. Councillors suggested that landowners near the creek be asked to sell three or four acres of land for a cutting to be made and that a ford be constructed. Agreement was reached and the land was bought for ?1/1- an acre. This road is still in use today.
Small schools from the immediate vicinity combined for an annual sports day at Port Gibbon, and a sports meeting was held on Christmas Day. Tossing the sheaf was popular, with the top exponents of the art able to toss a sheaf over the goods shed.
The Government put down wells, equipped with one hand pump and a windmill, in the sandhills southwest of Port Gibbon. Farmers carted water from the wells when their own supplies in dams or underground tanks or so on ran out, sometimes having to draw the water in buckets to fill their tanks.
Port Gibbon is now obsolete as a shipping port. The rails and sheds have been dismantled and only a small portion of the jetty remains. 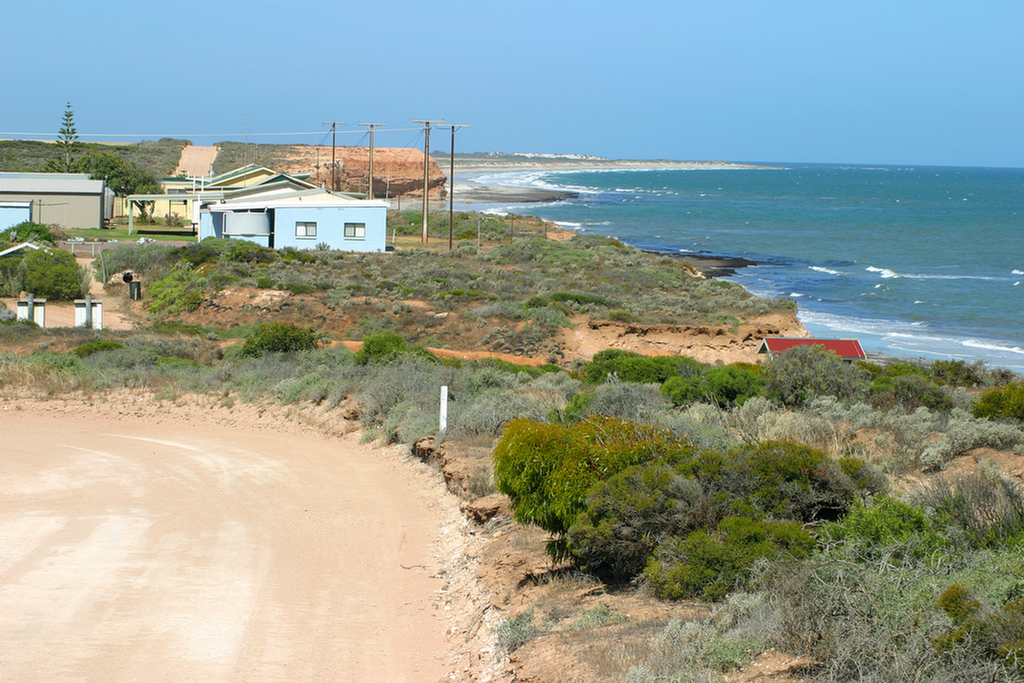